YouTube has added thousands of free movies and TV shows to its platform in the United States, allowing its users to stream them without spending a dollar.

(Photo: LIONEL BONAVENTURE/AFP via Getty Images)
A photo taken on October 5, 2021 in Toulouse shows the logo of the social network Youtube displayed by a tablet and a smartphone.

However, according to a report by The edge, The free offering of the video streaming platform, YouTube, comes with a catch, it shows advertisements while its viewers are watching a movie or TV show.

YouTube’s new offering is an ad-supported streaming service, which hosts over 4,000 movies and TV shows combined.

YouTube offers its free movies and shows on a variety of platforms, including desktops, smartphones, tablets, and “most TVs connected through the YouTube TV app.”

In fact, other services like Tubi and Roku, as well as TV features from Samsung and Vizio, also allow their users to enjoy the same deal.

Meanwhile, the giant video-sharing service now also offers its own version of an ad-supported platform.

However, according to a recent report by Mashable, new ad-supported free movies and shows on YouTube are extremely hard to find.

So, it’s hard to spot the massive catalog of YouTube movies and shows, which includes titles like “Legally Blonde,” “Andromeda,” and “Hell’s Kitchen,” to name a few. 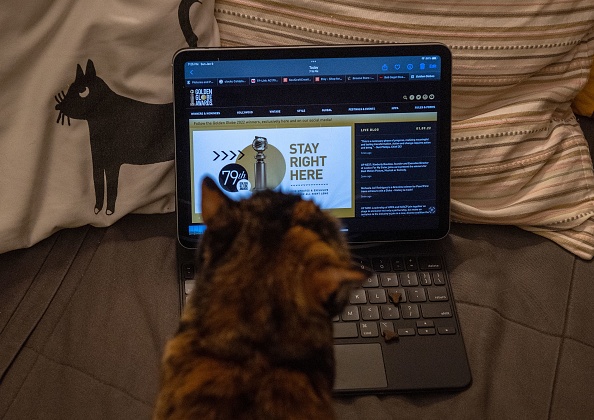 (Photo: VALERIE MACON/AFP via Getty Images)
This illustration photo shows Cali the cat watching the announcement of the Golden Globes on a computer screen in Los Angeles, January 9, 2022. – “Belfast” and “West Side Story” are among the favorites for a 79th Golden Globes significantly reduced on January 9, 2022, where the winners will be revealed via Twitter in an untelevised ceremony boycotted by Hollywood.

Unlike other streaming services, Mashable reported that browsing these free titles on YouTube isn’t as easy as scrolling through a few movies and shows.

Not to mention, YouTube also doesn’t provide filters to narrow down search results in categories like action movies or TV sitcoms.

Instead, YouTube only shows its free movies and shows in its “free movies to watch” section based on its users’ viewing activity.

So some of the titles in its ad-supported library are masked by YouTube’s algorithm. It only shows movies and series that it thinks the viewer would want to watch.

A YouTube spokesperson told Mashable in its report that its service is personalized for its users. Thus, the platform said that “instead of seeing the whole library at once in the links, users see selections personalized for them”.

Related article: How to Delete All Embarrassing YouTube Comments You’ve Posted Before

This article belongs to Tech Times

ⓒ 2021 TECHTIMES.com All rights reserved. Do not reproduce without permission.